When they talk impeaching a president who has done wonderful things for our country after he was duly elected by our constitutional processes — despite the fact that he’s done nothing wrong — they are ‘selling’ his 2020 reelection.

According to Rasmussen Reports, which has consistently reported reliable polling figures for President Donald Trump, all this phony baloney impeachment talk is proving to be political gold for him, and not so much for Democrats.

In fact, over the past week, the president’s approval rating has gone up an astounding 5 points alone. 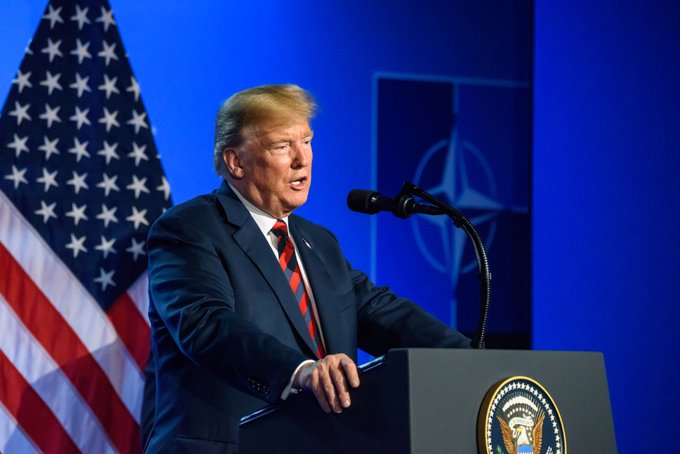 106 people are talking about this

Even the god king Barack Obama’s polling numbers weren’t as good during the same period; he sat a 45 percent approval.

The president’s approval sat at 46 percent last week before the impeachment circus jumped from Adam Schiff’s Intelligence Committee to Jerrold Nadler’s Judiciary Committee, and before House Speaker Nancy Pelosi instructed Nadler’s panel to come up with some ‘impeachable’ articles or something.

Even though no one can name a single thing Trump has done wrong. It’s all about intent now.

This article originally appeared at The National Sentinel and was republished with permission.

Facts in the article were scarce, with poll numbers being added from Twitter sources, and the conclusion of the content being short and not well-rounded. Almost nothing about the article pushed the Impeachment idea as the primary reason as to the statistics, nor did it conclude with any accuracy that the democrat’s poor numbers were solely based on the impeachment hearings. Poor article flow also contributed to a bad experience, as the reader is being forced to dodge a plethora of ads just to keep reading the content.

Social menu is not set. You need to create menu and assign it to Social Menu on Menu Settings.